Until You are the One

Bathrooms – Because the Texas Government Has Nothing Better to Talk About!

How Is She/He Spending My Child Support Money? #childsupport 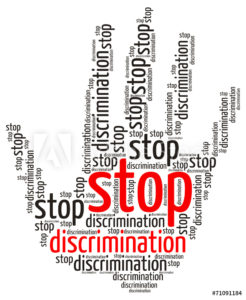 This is NOT just about the “Muslim ban” or the “Keep America Safe Ban.” No this article is much much more than that.

Let’s start with “The Wall.” Yes, let’s build a wall to keep out the illegal Mexicans crossing the border. So when we do that let’s see how many people pick up the jobs that these individuals were willing to do. The jobs that send money back home to their family because they could not make a decent living back home. The jobs that many of us choose not to do. The jobs that many people on welfare will not do either. But let’s see what happens when that wall is built and we do not have cleaning crews. Or we do not have day laborers moving people. Or we do not have many of the construction workers. I get it, they should come here legally and I do agree with you on that, but at the same time a wall is not the answer.

What the Wall is going to do is further discriminate. It is going to send a message to Mexico that we do not want you here. Then, if I were Mexico, I would turn around and say the same thing. Whether I made it a formal policy that Americans are not allowed here or whether the people of Mexico made us feel unwelcome in their country. I do not have statistics for the number of Americans that visit Mexico each year but this “Wall” will have the effect of cutting into that travel to Mexico.

The Wall is also going to increase discrimination by sending a message that we do not want Mexicans here. You may disagree with me in this regard, but we already have the State of Arizona being able to detain Hispanic individuals to check their immigration status. This was not limited to illegal Hispanic individuals, but to ANY Hispanic individual that they believed MIGHT be illegal. Those here legally may have been made to feel like second-class citizens. For example, the only way to prove you are here illegally is to present certain listed forms of identification, one of which being a valid Arizona Driver’s License. I cannot tell you how many times I have forgotten my driver’s license at home. What if I were Hispanic, in Arizona, forgot my license, got pulled over for whatever reason, and now I am sitting in a jail cell until someone can bring my license to me (assuming I even get to make that phone call). To read about this law in Arizona click here. This is what building “The Wall” will increase. It will increase discrimination in this country.

Now we have the “Muslim ban” or the “Keep America Safe Ban.” I do not care what you call it but the fact is that we have singled out a group of individuals and said, “if you are traveling from these particular countries, sorry you cannot enter the US.” There was no vetting in place to ensure that legal residents were allowed to return. There was no vetting in place to ensure that those who just went home for a visit and plan to return for school could come back. In fact these people were held up. The Washington Post wrote an article today talking about the “small number of affected people.” This number is 109, however, that is just the people that made it onto US soil. It does not actually account for ALL of the people. Click here to read about the 90,000 affected people by this ban. Or click here to learn about a high school student from Katy who isn’t being allowed to return after leaving so he could renew his Visa. I cannot find the article I read this morning about a UH student who went home to Iran to visit family she had not seen in a long time but now cannot come back here to begin school again. Now that woman is questioning whether she will be able to finish her PhD.

The LGBT community had a worry yesterday when the Washington Post wrote this article. This article was updated this morning but last night the article referenced the possibility that the White House was going to remove some benefits for LGBT individuals. I am happy to hear that President Trump is so far NOT considering this change, but the fact is that this community felt fear over what President Trump has done and what he will do in the future. But there are other issues that affect the LGBT community such as this article.  The fact that people may still believe that conversion therapy works is scary enough but our new domestic policy advisor is a supporter of conversion therapy and believes that homosexuals can be “rehabilitated.” This is why the fear that the White House would undo benefits for LGBT individuals brought so much fear.

All of this hate is what keeps groups wondering, what will happen next that will affect me. Many people say that what has happened does not affect them. Yes, they are technically correct, but if everyone says that then who will stand up for those people when the next action does affect them. When those people suddenly feel discriminated against. Who will be there for them? I do not know since so many people have the attitude that these last 11 days are not affecting them. Many people do not understand why so many people are upset. These people are “not affected” by this. They do not have that fear. They are not the ones trying to figure out whether to march in protests or whether to relocate to another country until the next 4 – 8 years of hate have vanished. I know I have left groups out of this article. It is not my intent to leave groups out that would feel singled out. It is simply my intent to try to educate why some people are scared. I do not speak for everyone. But yesterday was heartbreaking for me.

Coming Out of the Storm

Divorce Mediation – What to Expect